Skip to content
Since the latest opener for desert quail that I can remember of October 19th this season, they certainly could have better numbers.  It’s not rocket science for any Arizona quail hunter to know that winter rains are crucial for optimal production.  Last winter was incredibly hot and dry.  Arizona didn’t really have any measurable winter rainfall until the season ended in February.  Better late than never.

Let’s press rewind a bit to last Mearns’ season, just before our present day desert birds needed the early winter rains of 2018. Although our Mearns’ quail had received yet another wet Monsoon the previous summer of 2017, there still posed a challenge.  For even the well seasoned pointing dogs, the Mearns’ quail were certainly difficult to locate.  When your dog locked up on a covey of the coveted Mearns’/Montezuma quail, you just knew that they were right smack in front of them.  No wind, warm temps and dry scenting conditions did not allow even the most experienced pointing dog to work at their fullest potential.

Let’s now press fast forward on your old school VCR to get us back to present day, but don’t go too far.  Press PLAY….Now!

I was under the theory that because of “poor Mearns’ numbers” last year that this year would be above average.  With poor scenting conditions in the 2017/18 season I was hoping that a lot of hunters were just passing by coveys because of the warm temps and no wind, therefore allowing more carry over birds for the 2018/19 season.  This season’s opener proved me wrong.  There were a lot of young birds out there for the opener.  Some were so small in the air that I refrained from pulling the trigger as I raised by barrel, but covey sizes were large and healthy.
The birds now in January are certainly maturing quite nicely and will be fully plumed soon.  Covey sizes are average and still healthy from what I’ve been into.  Sometimes the best habitat can be deceiving.  You think to yourself, “why aren’t there any birds here?”  Don’t lose hope.  Run that same habitat in a week and it may produce a few coveys.  The birds are there.  We humans have 65 days this season to hunt Mearns’.  The birds are surviving another 300 days.  They are crafty.  Test yourself.  Test your dogs.  Simply enjoy Arizona at its finest time the year and cherish 1 bird in the bag.  It beats working, doesn’t it? 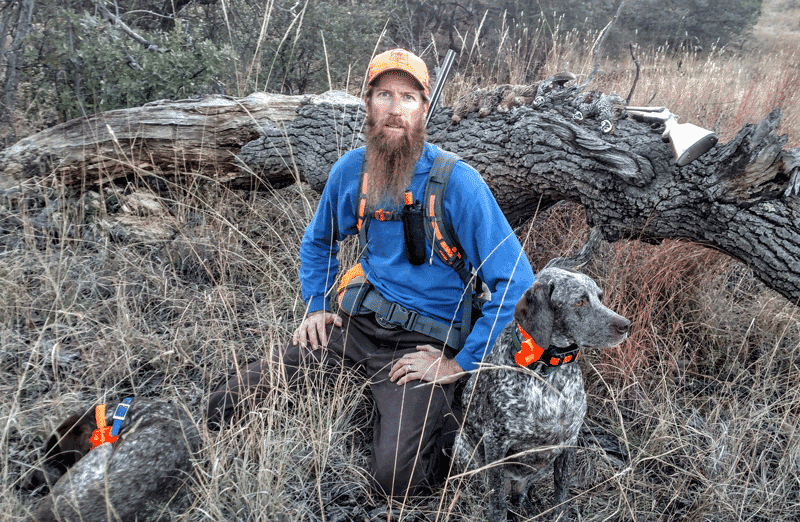