Zachary Lewis, owner and operator of Fast Flyin Gundogs guide service. Born in Dallas, Texas, was raised on a 40-acre farm in East Texas. Raising cattle, hunting, fishing, and shooting skeet was the way of life. Read on…… 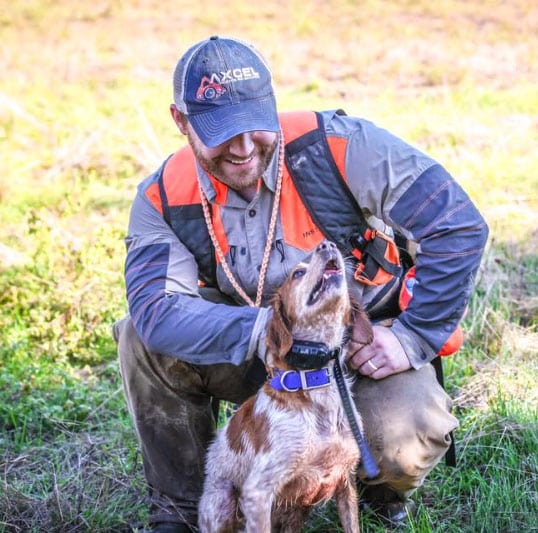 My name is Zachary Lewis, owner and operator of Fast Flyin Gundogs guide service. Born in Dallas, Texas, I was raised on a 40-acre farm in East Texas. Raising cattle, hunting, fishing, and shooting skeet was our way of life. My father raised me as an avid hunter and fisherman from the age of four years old. After our first hunting trip together, I impatiently counted the days until I would be able to kill my very own deer.

My passion for hunting with my father further expanded when my dad’s good friend, Barry, took us on our first turkey hunt. From the scratching on turkey calls, to the sounds of the big toms feet marching across the crisp leaves and through the trees, to pulling the trigger to fire my barrel, I thought my heart was going to beat out of my chest. It was the rush of a lifetime. Little did I know, Barry would play a much larger role in my life.

In my freshman year of college, I received news that my father had been diagnosed with Glioblastoma, a rare from of terminal brain cancer, which would soon take his life at the early age of 47. Before his passing, Barry made a promise to my father that he would always keep me hunting. Being a broke college student at Texas Christian University, it was barely possible to spend money on necessities, much less extracurricular things such as a deer lease. Barry welcomed me to come hunt on his lease and allowed me to hunt to my choosing, even if it meant killing the largest buck on the land that year. Through the years, Barry and I continued to spend time together and he took me along on hunting trips. He became a father figure and helped me keep my fathers spirit alive through hunting. One year, Barry and I went to Pineridge Grouse Camp in Minnesota to hunt woodcock with his French Brittany’s. It was out in the alder thickets watching the dogs freeze on point, that I knew this was something I had to be a part of.

Later, Barry had a litter of French Brittany’s. He gave me my first hunting dog, Ivanna. Ivanna was small, stout, and extremely smart. She and I went on various hunting trips for quail, ruffed grouse, and woodcock. I knew that one day I wanted to have my own kennel of dogs that could hunt. I took family and friends out for hunts while guiding with Ivanna and found that this was something I enjoyed so much, that I would like to turn it into a business someday.

In 2017, I took the initiative to open my dogs and guide services to the public. We offer a top quality guide service that allows the hunter to hunt behind a professionally trained dog. My wife and I currently have 8 dogs in our family-oriented kennel, Fast Flyin Gundogs. All of our dogs we offer hunts with are raised to hunt, retrieve, and are socialized with our children. My daughter helps in various training aspects, owning her own German Shorthair she named, Cookie. Our dogs also participate in National Shoot To Retrieve Association, or NSTRA. Our business is rapidly growing each season due to our reputation and high standards. I am a Hunting Guide by day and a Registered Nurse by night.

Though it’s been 10 years since my dad has passed, I keep our memories renewed by continuing to do the thing we loved doing most together. 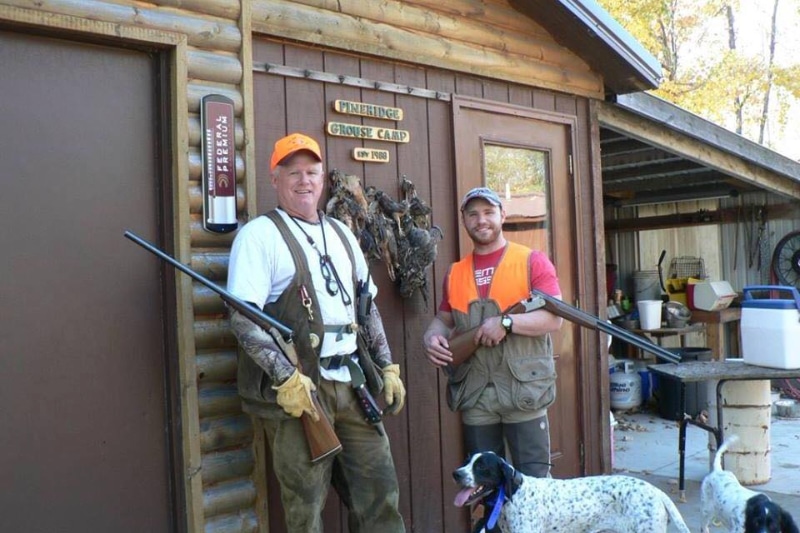